The helicopter crew located the man overboard , a 25-year-old Philippines national, and directed the boatcrew to his location. The boatcrew rescued the man and transferred him to awaiting emergency medical services.

No further information on how the crew went overboard. 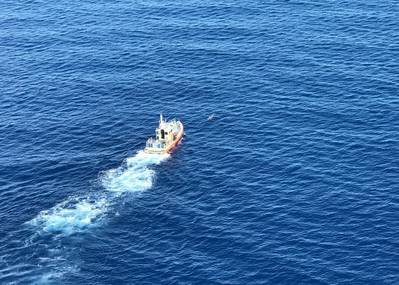 Lend Out Your Bitcoin And Get 13% Interest

“THE SHIP THAT WILL NOT OBEY THE HELM, WILL HAVE TO OBEY THE ROCKS!”